IBR on The Queensberry Rules 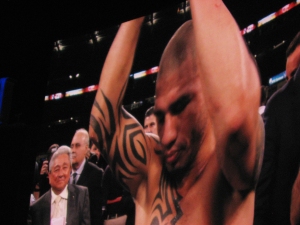 “2011 may well prove to be Miguel Cotto’s last successful year as a prize fighter. It was a year that saw him notch probably his most meaningful victory—a 10th round stoppage of nemesis Antonio Margarito—but also struggle with treadless tire Ricardo Mayorga. Much as Ecce Homo betrays glimpses of Nietzsche’s impending madness, Cotto’s performances in the last two years have evidenced the irreversible deterioration of his abilities. With a lopsided defeat at the hands of Floyd Mayweather looming, and a timely retirement unlikely, the time to reflect on his career is now.”