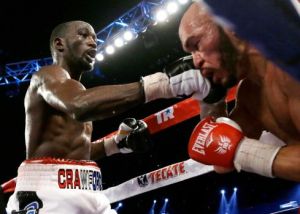 “A long and winding road brought Raymundo Beltran to the CenturyLink Center in Omaha, Nebraska, last night. Over his fifteen-year career, Beltran, born in Mexico but now living in Phoenix, Arizona, made stops in places like Panama City and Glasgow, where he played the role of hardscrabble pro, sparring partner, and most recently, championship hopeful. Unfortunately for Beltran, those title hopes were dashed, as he dropped a wide unanimous decision to streaking lightweight Terence Crawford by scores of 119-109, 119-109, and 120-108.”