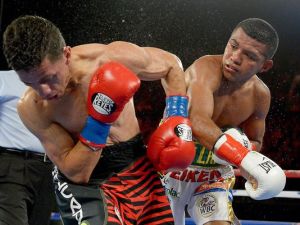 “At the Saturday press conference to announce his July fight with Isaac Chilemba, light heavyweight reaper Sergey Kovalev described his profession as follows: “Boxing, for me, is a street fight with rules.” That qualifier “for me” is no trifle: Between the ropes, IBF/WBA/WBO titlist Kovalev conducts himself with the malice of a man fighting beyond them, one only restrained by the conventions of sportsmanship for the purpose of victory and compensation. For Kovalev, it seems boxing is a sport, second, and something more primal, first.”