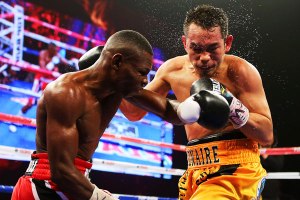 “In “Culture and Value,” Ludwig Wittgenstein warns: “Resting on your laurels is as dangerous as resting when you are walking in the snow. You doze off and die in your sleep.” In winning the 2012 Fighter of the Year Award, Nonito Donaire never needed to improve, never needed to deviate from a hyper-dependency on his otherworldly athleticism. Saturday night, however, at Radio City Music Hall in New York, Guillermo Rigondeaux, a fighter with comparable talent and superior polish, asked that Donaire do more than just be the faster, more powerful man. Unable to muster an adequate response, Donaire dropped a unanimous decision to the Cuban, losing for the first time in twelve years.”