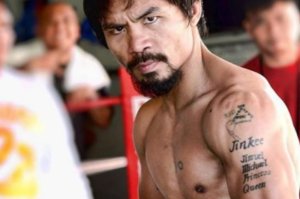 “In a fight that some will lament mistakenly as coming years too late, Manny “Pac Man” Pacquiao faces Lucas “The Machine” Matthysse on Saturday, at the Axiata Arena in Kuala Lumpur. Because it is only now, in his thirty-ninth year, his sixty-ninth professional fight, in one of the last stops on an eleven-division ascent, that Pacquiao should concede Matthysse more than a puncher’s chance and the beating that is its usual price. Such is the abyss between good and great; an abyss that when finally traversed along the bridge left by the outlay of a historic career, can make for desperate action. Or so one hopes.”